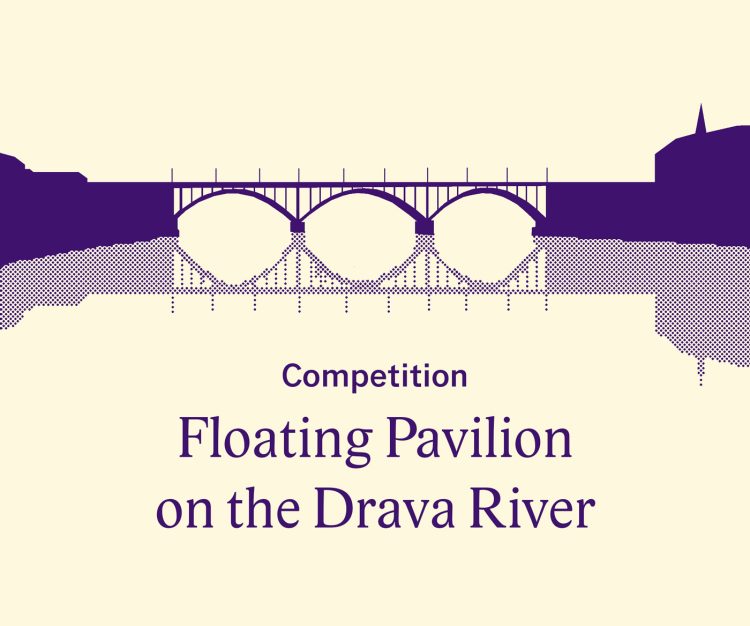 Introduction
Surrounded by the Pohorje Massif in the south and the Kalvarija, Piramida, Meljski Hrib and Mestni Hrib Hills in the north, the city of Maribor is marked by the great Drava River, which visibly divides the city into two riverbanks, connected by several bridges. The city itself is comprised of clearly distinguishable historic sections: the old medieval city centre, industrial zones as well as pre- and post-war modernist interventions. The historic medieval city centre lies on the left bank of the Drava River, which has played a significant role in the development and economic activities of the city. Historically, the Drava River first served as a transport route, ensuring economic activities and, consequently, the development of the city in the Middle Ages, while also providing protection to the city.

In addition, the Drava River played an important role in the industrial development. Timber harvested in the Pohorje Massif, for instance, had always been rafted down the river. Rafting was a crucial economic activity, which contributed to the prosperous development of the city of Maribor. During the Industrial Age, goods were no longer transported over water, but rather by train. Rail transport had a profound impact on the economic development of industry in the city in the early 20th century. The river itself was thus attributed different importance. With the construction of hydropower plants along the Drava River, the river has become an energy asset, as its flowrate, banks and regulations have been entirely subject to the production of electrical energy. As a result, the river no longer serves as a transport route. Rafting is now important from an ethnographic point of view and as a tourist attraction.

History of rafting
The idea behind a competition Floating pavilion on the Drava River is related to the rich history of rafting in the city of Maribor. Even though rafting down the Drava River was introduced in the Roman era, it was not before 1280 that it was first mentioned in writing. Before the construction of a railway in the 19th century, when rail transport replaced water transport, the river had been one of the most important transport routes. Goods had been transported over water on chaikas (long, wooden boats) and rafts. Prior to the railway construction, 800 chaikas and 1,200 rafts had floated down the Drava River per year. Trading activities had taken place following the direction of the river – downstream, with the Drava River connecting Carinthia, the city of Maribor, the Drava Plain and the town of Slovenske Gorice.
The rafting season normally began in March. After every winter, raft captains used a smaller test raft to first analyze the flow of the river and determine whether rafting down the river was already possible. During the rafting season, the Lent area served as the main port, where raftmen could stay overnight and replenish their food supplies for onward travel. 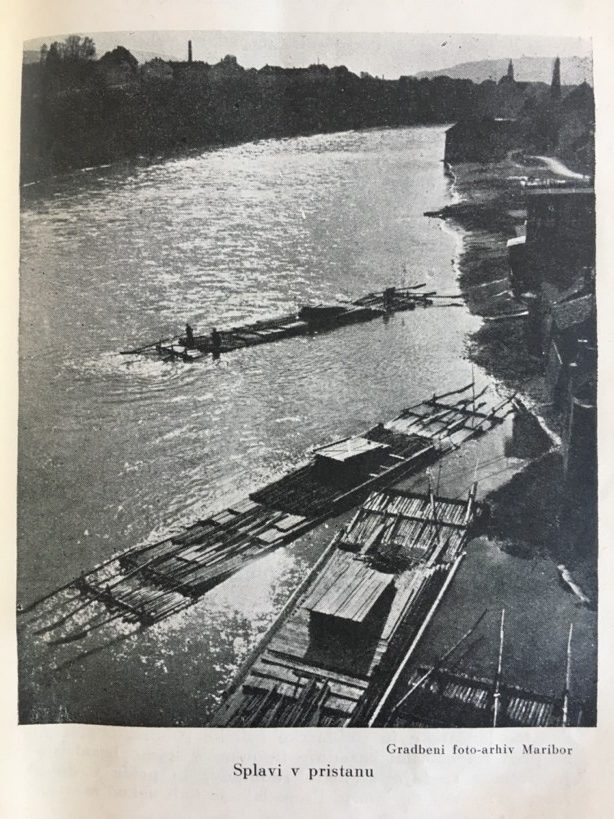 Location
In the coming years, the Drava riverbanks, particularly an area of Lent, will be revitalized and renovated. A footpath and a cycling route are planned to be constructed on both riverbanks, connected by the existing bridges and footbridges. In addition, a new footbridge is planned to be constructed where the initial bridge once crossed the Drava River. Thanks to these interventions, the river will become a part of a larger park area. The location of this competition is not specified. It will be possible to anchor the floating pavilion at different sites along the banks, depending on the locations of events taking place on it. Its initial location envisaged by this competition, however, is on the riverbank by the historic medieval city centre – Lent. 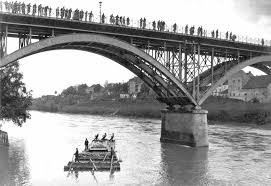 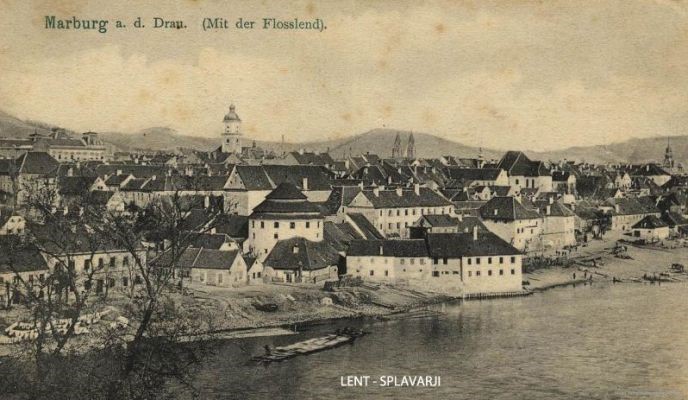 Candidates participating in this competition are asked to design a floating pavilion on the Drava River, which would serve as a small stage and a place for contemplation by the river. The pavilion is primarily intended to serve as a venue for smaller events and shows (small bands, discussions with notable guests, wine tasting, etc.), but also as a relaxation site, offering views of the river and the historic city centre. The small stage will particularly serve its purpose during the Lent Festival in June as an additional performance stage. It is necessary that the floating construction can be moved easily to another location by the river (if required) and be adapted quickly to different programs. The pavilion should highlight the existing qualities of the area, ensure a better connection between the elevated Lent riverbank and the river and, consequently, invite people closer to the river. 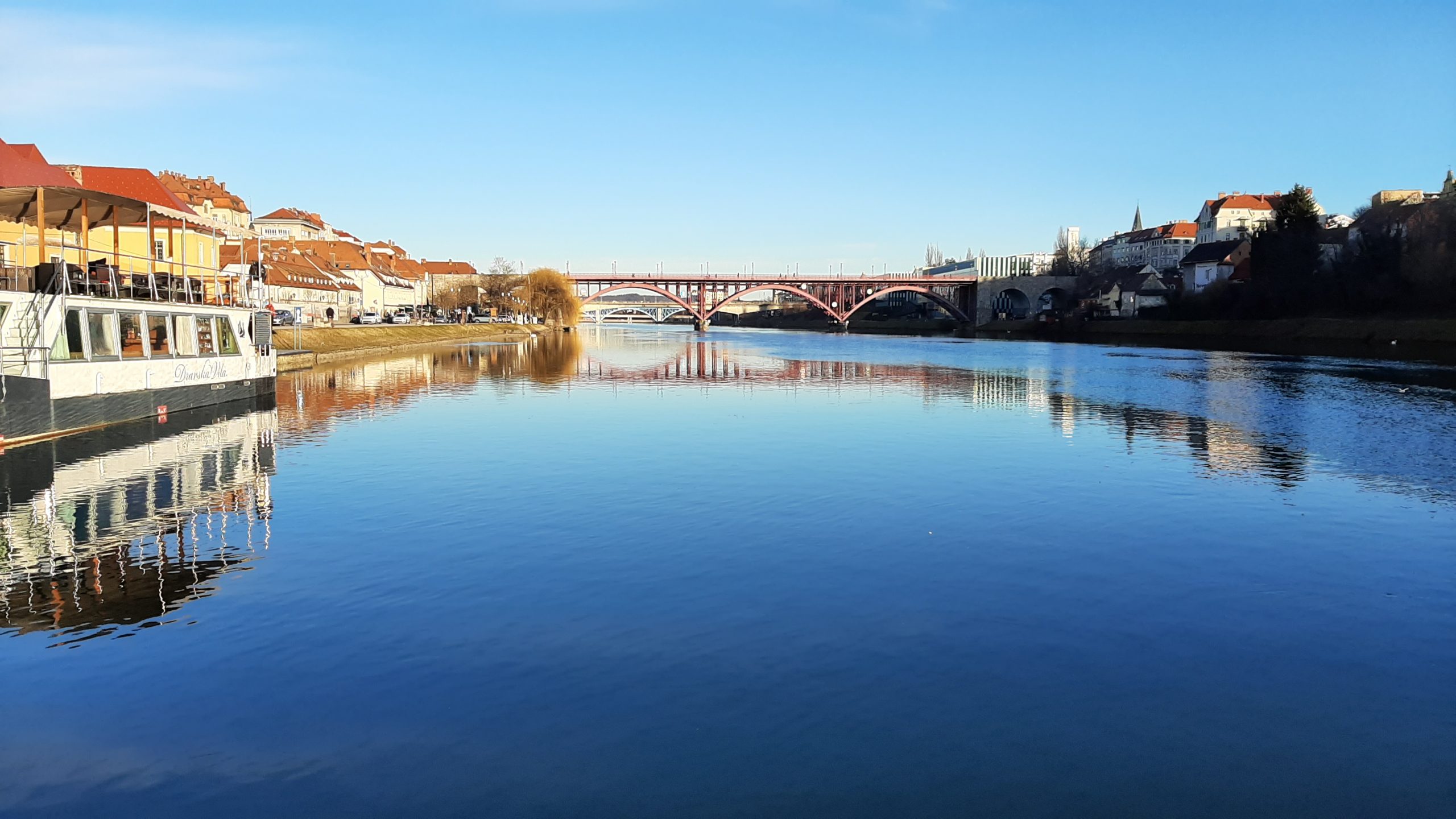 Technical requirements: materials and construction method
The pavilion will be mounted onto a floating raft of dimensions 8 x 8 m. The overall height of the pavilion should not exceed 4 m, due to the need to float below bridges. It is desirable, but not required, that the construction is mainly made from wood.

As a model of a floating object, plans for a floating stage, used annually as the main stage of the Lent Festival, are attached to the competition brief. A construction floating system of a pontoon is presented, which can be used in this competition, but not necessarily. Candidates are given a free hand to design their own buoyant construction – in this case, they have to explain and prove, based on their description and plans, how the designed construction maintains buoyancy. The pavilion must be buoyant.

Organisers
The competition is organized by the Outsider magazine (publisher: Z.O.P. – Institute of Environment and Design, institute registration number: 6797156000) and the City Municipality of Maribor.

Terms and conditions for participation
The competition is open to architects, urban planners, designers, landscape architects, sculptors, structural engineers and students of these professions.

Questions and answers
Candidates may send their questions to [email protected] until April 21, 2022. As the subject of the email, they should enter “MARIBOR competition – questions”. Answers to questions are published here: Q+A-20.4.22

Awards
Three winning competition proposals will be selected, and three recognition awards will be presented. The winners will receive prizes in the total value of EUR 3,000.00:

Copyrights
All candidates reserve moral copyrights. The Outsider magazine has the right to the sole and exclusive publication of copyrighted works. By participating in the competition, the candidates agree to transfer material copyrights onto the competition organizer (City Municipality of Maribor) for the implementation of the project. The winning candidate will be invited by City Municipality of Maribor to preparation works for the implementation of the project. 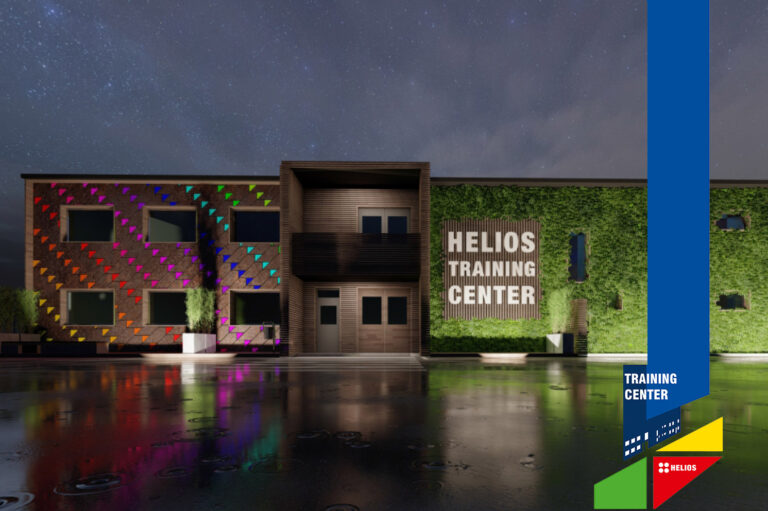 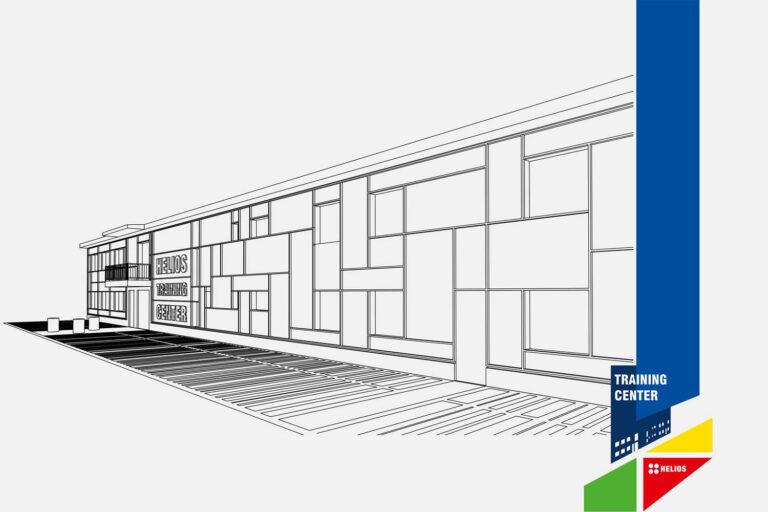 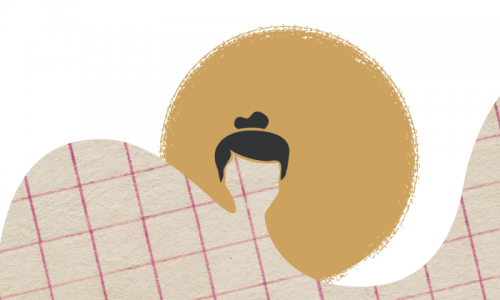 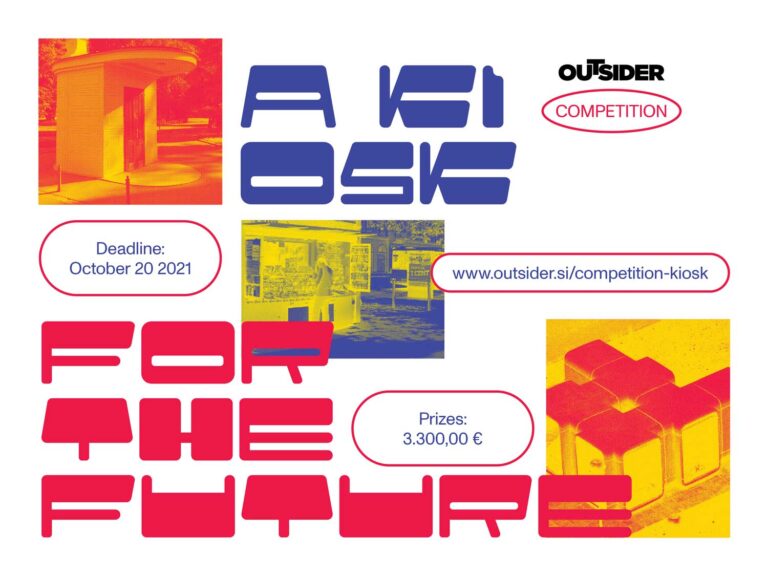 Competition: A Kiosk for the Future 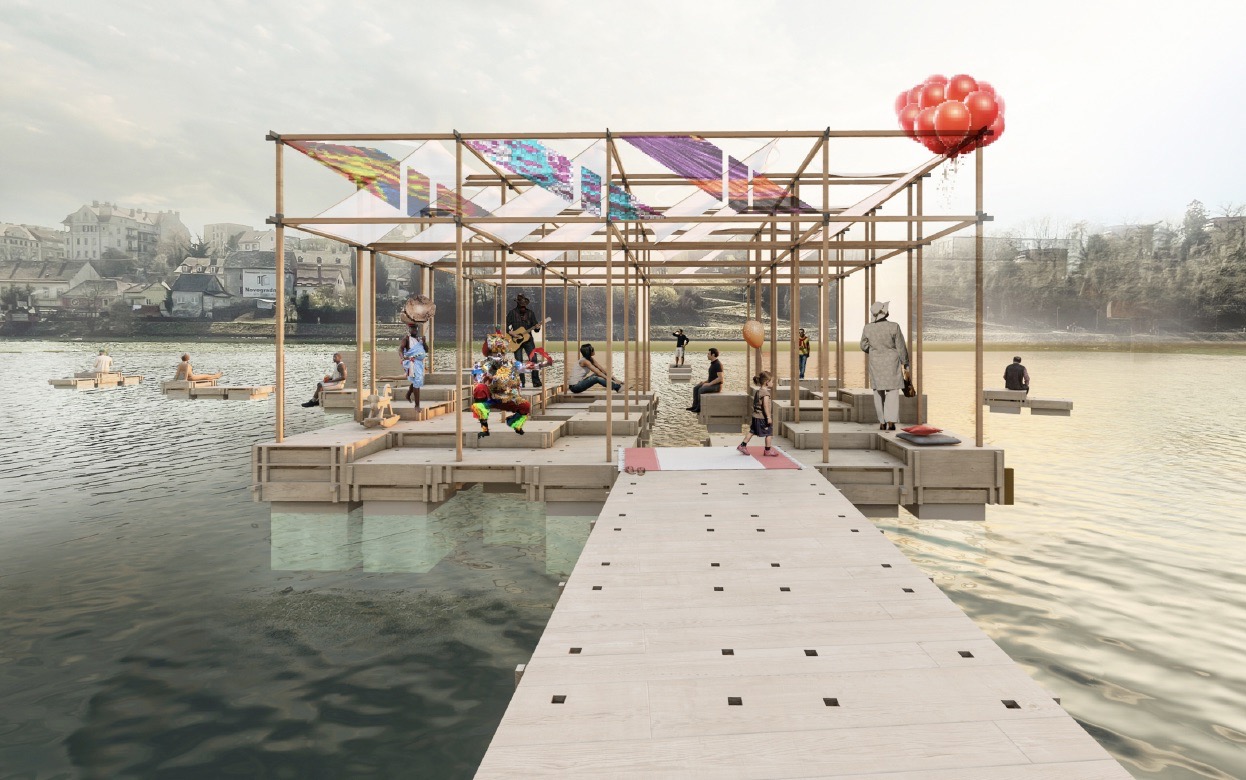 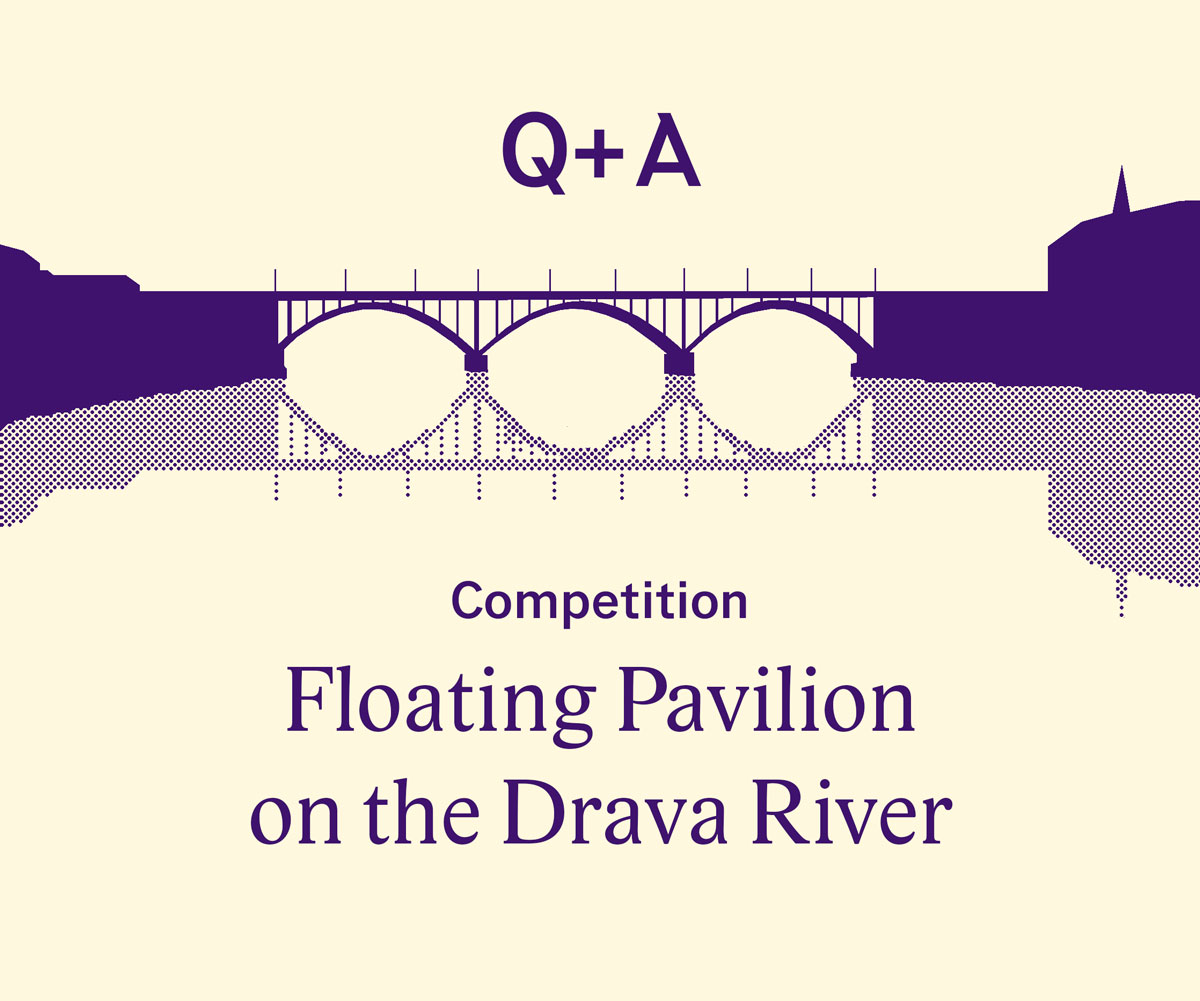 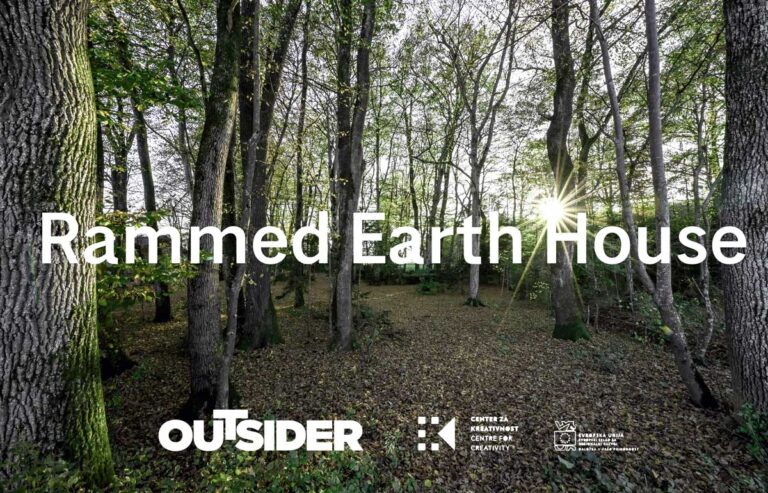 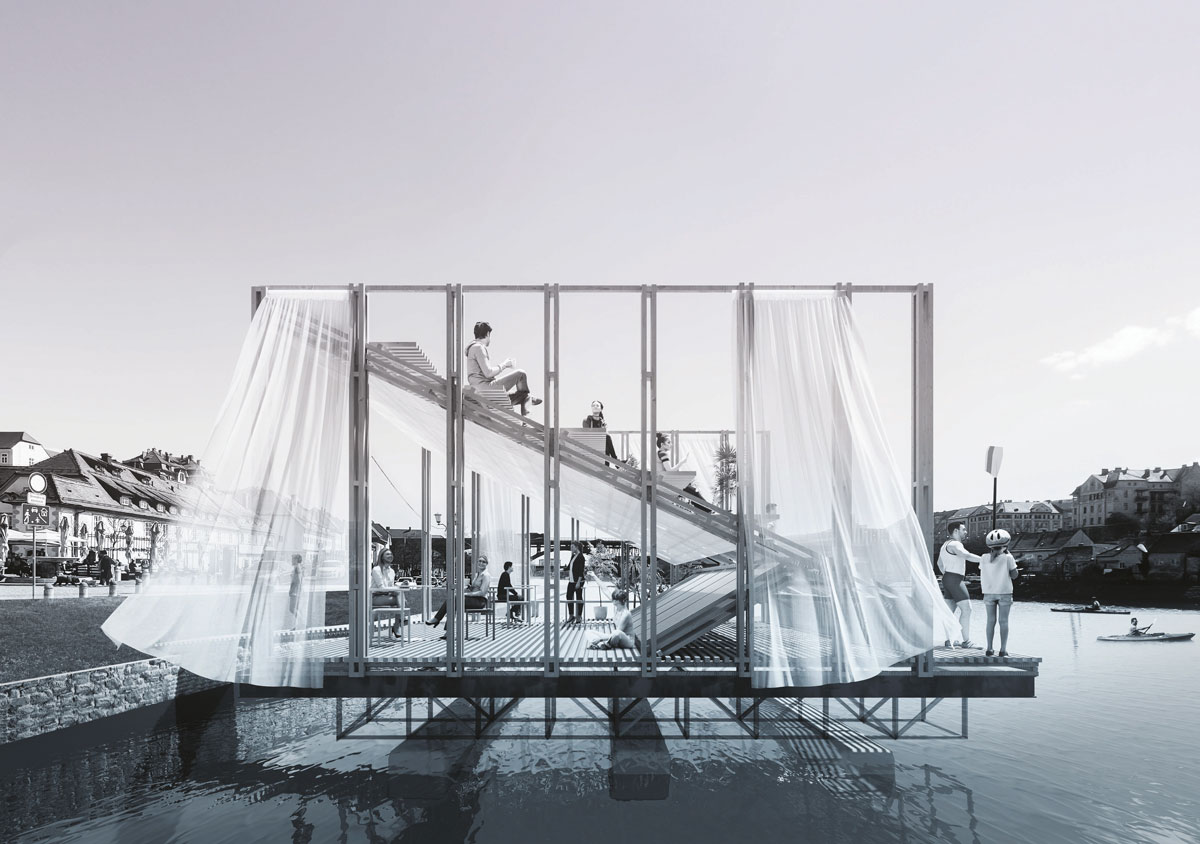